A drug-smuggling operation brought over £10 million worth of cocaine into the UK under the guise of a Leicester-based interior design company, a jury has heard.
Prosecutor David Herbert alleged that the six men standing trial smuggled Class A drugs from Amsterdam to the UK inside office furniture. Leicester police seized 20 kilograms of cocaine and 289 grams of heroin in total.
The defendants are accused of using fake kitchen-design business CJC Interiors to front the operation.
CJC Interiors, which operated from the Belgrave Gate area of Leicester, appeared as a fully functioning, normal business, offering bespoke kitchen fittings and built-in storage solutions to its clients. 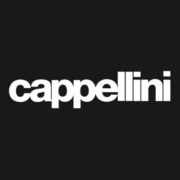 Steelcase Named One of the World’s Most Admired Companies by Fortune ...