It is not all that unusual when a local business moves from one part of the city to another.

It’s a bit different when that move was made necessary by the total destruction of the business due to the riots and mayhem of August. Then it becomes more than a matter of finding a new space and hanging a new sign.

The move becomes part of the healing process.

B&L Office Furniture, which had been at 1101 60th St. the past 42 years, sustained between $1.5 million and $2 million in damage in the aftermath of the police-involved shooting of Jacob Blake on Aug. 23. In the civil unrest that followed, images of the ravaged building and its inventory were seen around the world as Kenosha became the focus of news coverage. 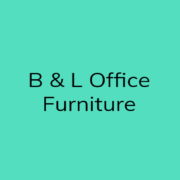